The conventional wisdom is that booms never end well for boomtime markets, but the Denver market seems set for a different outcome—most sectors, anyway. A pause will probably follow the boom, according to the speakers at our third annual Denver New Construction & Development event, and it isn’t even clear that the boom’s over anyway. 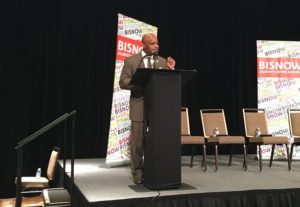 Our construction and development speakers argued for a pause in the market, not a slump, and for sectors like multifamily and industrial, it isn’t even time for a pause. There’s still enough in-migration to support more apartment projects, for instance, though urban infill sites, especially those near transit nodes, are hard to find. As for the industrial market, demand is strong, supporting a wave of spec developments. The speakers didn’t expect that to slow down. Here’s East West Partners director, development Ryan Stone, TOTO USA president-operations Bill Strang, and Central Development principal Jeremy Records. 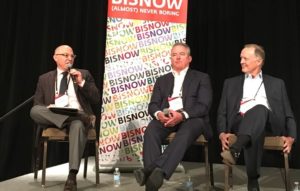 After years of lagging, retail tenants are expanding, improving retail market conditions. Developers are now at work on more new retail than before, which will do well, though some of the older properties will probably still struggle to stay leased. Experiential retail has more of a future than any other kind, especially as part of mixed-use, as it helps create distinctive places, the speakers said. Land and construction costs are rising, and that’s problematic, our speakers said, and not so different from a lot of markets. But unique to Colorado is its problem with the construction defects law, which poses a long-term threat to the health of the residential market. No one was sanguine that the legislature would get around to fixing the problem anytime soon. Snapped: Brownstein Hyatt Farber Schreck shareholder Rob Kaufman, who also moderated, Alberta Development Partners principal, development Bryan McFarland, and Opus Group SVP Peter Coakley. 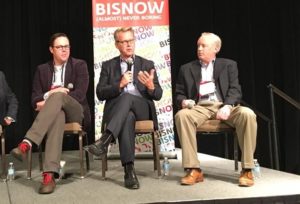 Financing remains the challenge in affordable housing—the subsidies are slim and land and construction costs are working against the sector. Also, there’s stiff competition from other kinds of development, especially mixed-use, for infill locations close to transit and employment, which is exactly where affordable housing needs to be. Still, it’s critical to the health of the overall local economy that affordable housing continues to be developed, something that the city has made clear. Like the other panelists, our multifamily speakers weren’t hopeful that the legislature would do anything about the construction defects law anytime soon. A few condo projects will be built soon anyway—the demand is such that some of the more daring developers are now willing to take the risk. Metropolitan Capital Advisors principal Charley Babb, who moderated, Trammell Crow Residential managing director Matthew Schildt, and Brue Capital CEO Chad Brue.